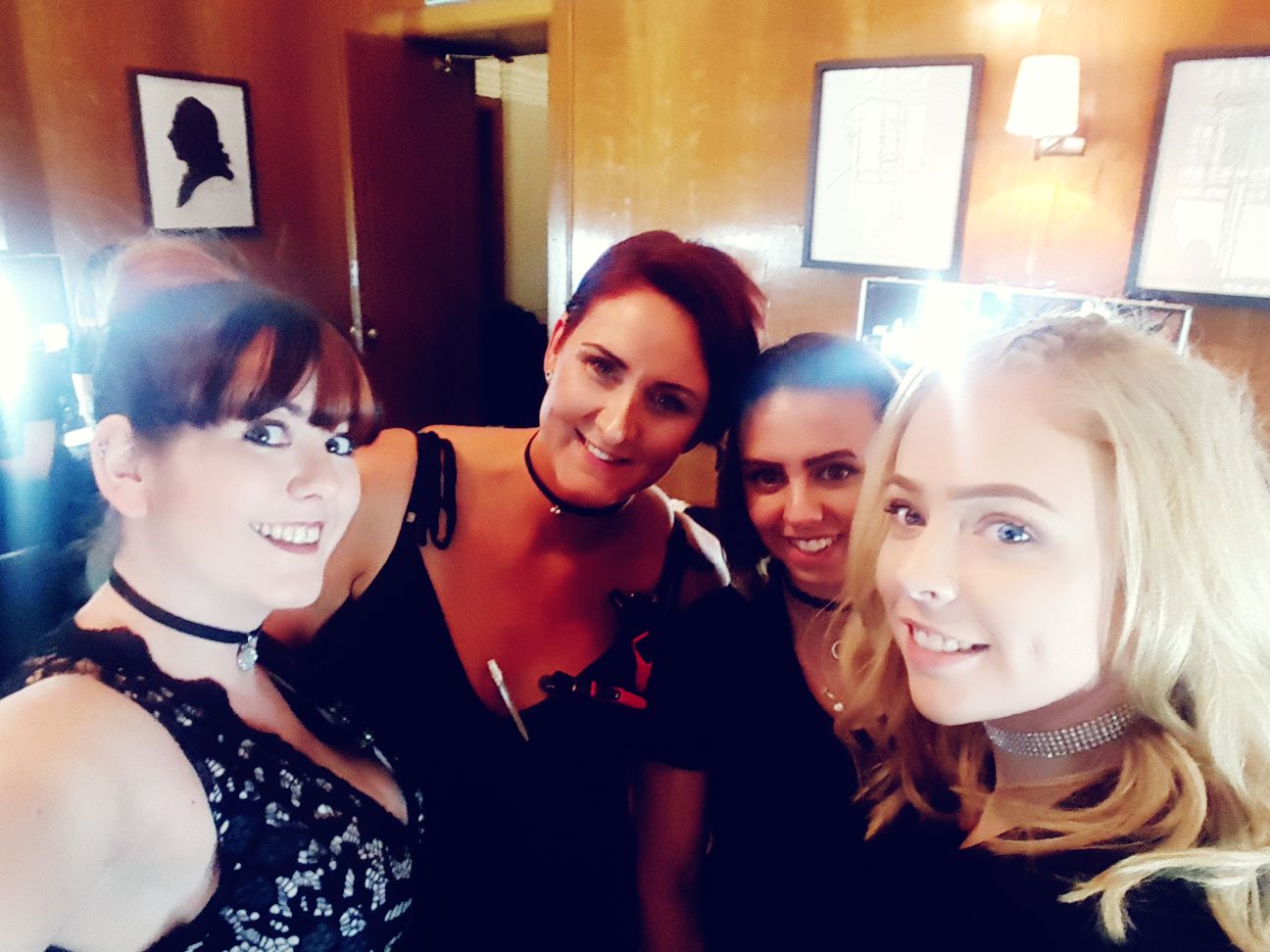 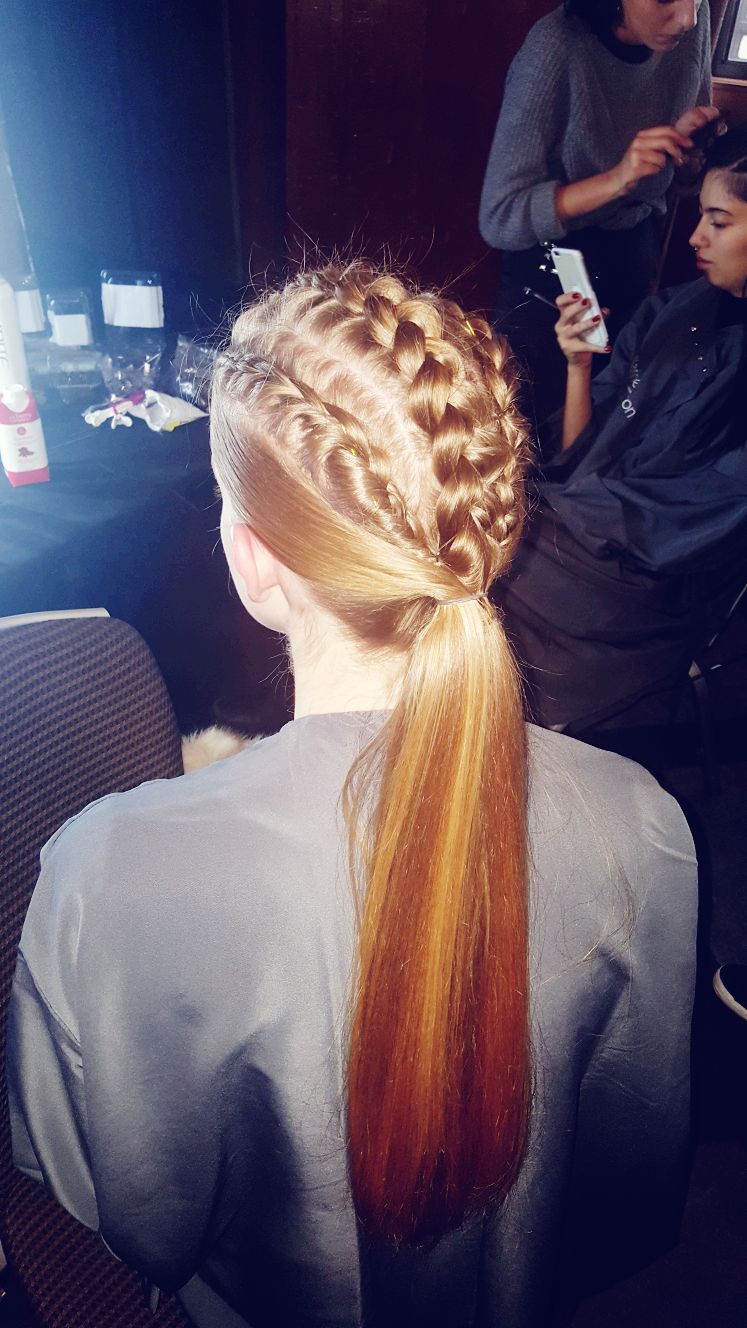 The Academy Creative Team (ACT) were invited to work with Karine Jackson, President of the Fellowship of Hairdressing, at the Grand Connaught Rooms for London Fashion Week, working with Stories from Morocco and creating a look of textured elegance that was unified across twenty models. The team, included (from left) Chiara McCarthy, Jodie Perry, Katt Wigmore and Shannelle Beasley and working under the Creative Direction of Karine Jackson, were required to work closely to ensure a consistent result.

Pairing up into teams of two, and with a large number of models to get through, our stylists got to work creating the look that will compliment the Moroccan royalty inspired couture designed by Stories from Morocco. Speaking with the team leaders the atmosphere was charged with excitement but during the styling Chiara McCarthy said “I was surprised at the calm and cool of the room despite the huge amount of work that was being undertaken and needed to be completed on time – that is when you know you are in a room of professionals”. Approximately 10-15 minutes were allocated to each model so it was fast paced; taking a moment to chat, Jodie Perry commented on the challenge of fashioning so many heads with one hair style, advising, “It can be a test to keep to the schedule when diverse hair types can behave differently, but it is imperative that the team leaders communicate any slight variations for the uniform look to be accomplished and ensuring the Directors vision is achieved”. The session took seven hours to complete with Karine Jackson directing the teams and ensuring the look was perfect.

When asked about the end result Karine was very happy with the Academy Creative Team and how they worked under her expert direction and was pleased the styles came out exactly as expected.

The models were then dressed and filed out to the runway in the Grand Hall of the Connaught to the applause and appreciation of the guests. Jodie said “it gives me a great sense of achievement to be invited and involved in such prestigious events such as London Fashion Week, but to see our team, work together so closely to achieve superbly, creative results is hugely exciting and inspiring”.